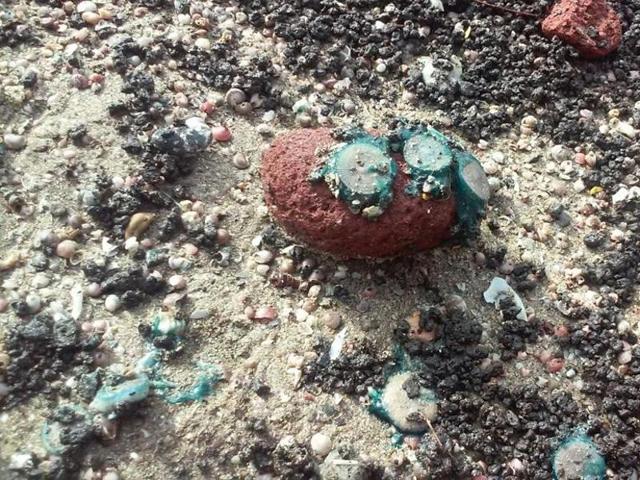 Watch out for these jelly fish the next time you venture into the seas during Sep-Nov time frame. This is typically the breeding season for jellyfish. Colonies of jelly fish are found to be present at the surface, stingrays are found at the seabed. Along with oil sediments along the beach shore, poisonous jellyfish might injure tourists.

To understand the significance see these news snippets:

The poisonous barbs from Stingrays can cause injuries. Long tentacles trailing from the jellyfish body can inject venom from thousands of microscopic barbed stingers. The jellyfish sting causes severe itching, swelling as it contains neuro-toxins.

These jellyfish are seen across the Goa and Konklan beaches. According to a presentation by NIO scientist Baban Ingole at a recent toxicology conference at the Goa Medical College, Bambolim –

“Those who come in contact with toxic jellyfish can die if not treated immediately”
“But more worrying is that Goa’s coastal waters have developed the right environment for the growth of jellyfish.”
“The temperature is just right; jetties and harbours are where the jellyfish take shelter; and they can survive in polluted conditions too.”
“Climate changes and possibly power plant thermal effluents, increased nutrients in water due to agricultural run-off, intense fishing activities can remove predators of jellyfish and zooplanktivorous fish competitors as well as cause large-scale ecosystem changes that improve conditions for jellyfish”

Described as free-swimming marine animals, jellyfish are of two kinds-toxic and non-toxic. And while most jellyfish stings are harmless to humans and cause only a mild irritation, species like Box jellyfish and Blue bottle-spotted on Goa and Konkan beaches are venomous and can harm humans. The white variety is not as toxic as the blue one.

What should you do if you get stung?

First-aid for jellyfish or stingray injuries:

If you are entering the sea